Warning: A non-numeric value encountered in /home/youtheng/public_html/wp-content/themes/angle/inc/options/shortcodes/shortcodes.php on line 202

“Right now, gay activism needs all the help it can get. But do you know what’s not helping? Changing your Facebook profile picture to a silly red-and-pink equal sign.”

In a study of Facebook groups forming around online petitions in the UK, Panagiotopoulos et al. (2011) stated that “whilst [ePetitioning] attracts on average much higher citizen engagement numbers than other citizen-government interaction areas, such as consultations, there are concerns about the quality of this interaction and its use as a “point and click” form of participation”. Their study based on 522 Facebook groups that were linked to 300 unique petitions found that the number of petition signatures falls well below the apparent level of support on Facebook and that in ten cases, there are 12 or more Facebook members per actual signature achieved (Panagiotopoulos et al., 2011). Whilst social media may make signing a petition or sharing a civic or political event as easy as clicking a mouse, this “point and click” participation may be reversing developments in the quality of youth engagement with the public sphere. In this way, young people might feel as though it is enough to simply share a video of particular civic concern to them, or like a Facebook page and feel as though that’s enough, yet there are concerns that meaningful engagement is suffering as a result of this. Panagiotopolous et al. (2011) suggest that ‘the fact that young Internet users embrace technologies such as social networks for ad hoc political expression does not mean that they will demonstrate equal support for formal political initiatives, even if they are concerned about them’.

“Slacktivist campaigns seem to be premised on the assumption that, with enough tweets (or “likes” or “shares”) all the world’s problems are solvable. This is what drives such campaigns towards signature-collecting, member-adding, link-sharing spree. Though this might work for issues that are geographically bound, for example a petition in a local town council, problems occur when the campaign transcends geographical boundaries, such as one to end poverty in Ethiopia.”

– Marko M. Skoric, What is Slack About Slacktivism? p 82

In 2013, UNICEF Sweden commissioned an ad campaign addressing exactly this perceived problem. The campaign – which uses photos of suffering children with captions including “Like us on Facebook and we will vaccinate zero children against polio” and “Liking isn’t helping” – questions the power of social media to actually support change. The campaign addresses “slacktivism”, and it is these forms of activities that pose a minimal cost to participants; one click on Facebook or a retweet on Twitter and the slacktivist can feel that he or she has helped to support the cause – however this support may be shallow, selfish or even narcissistic, and if citizens are substituting online behaviour for offline behaviour, then the real life impact of these sort of activities is limited. 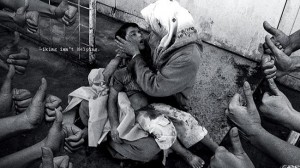 “We like likes, and social media could be a good first step to get involved, but it cannot stop there,” said UNICEF Sweden Director of Communications Petra Hallebrant. “Likes don’t save children’s lives. We need money to buy vaccines for instance.”

‘Slacktivism’ refers to ‘political activities that have no impact on real–life political outcomes, but only serve to increase the feel–good factor of the participants’ (Morozov in Christensen, 2011). Whilst some advocate slacktivism, the term is generally used in a more negative sense to trivialise activities that do not express a full–blown political commitment. Worries have been expressed that these activities are pointless in that ‘they are unable to achieve political goals and can derail political participants away from the more effective forms of participation in the activist repertoire that have traditionally been used’ (Christensen, 2011). In his article “Political activities on the Internet: Slacktivism or political participation by other means?” Henrik Christensen (2011) states that “the means and the outcomes used by slacktivists are insufficient to achieve political goals” or other humanitarian concerns, aligning with the UNICEF campaign that suggests that for many people involvement stops after the click of a like button. Whilst the UNICEF campaign might be an extreme perspective, it certainly raises interesting questions about how civic issues play out online and offline. Christensen states that ‘the availability of electronic forms of “activism” may lead to deterioration in the quality of participation, since people who would otherwise get involved through traditional means may instead opt for digital opportunities, believing that these activities are a sufficient replacement” (Christensen, 2011, under “The Internet and slacktivism”).

In his report “What is Slack About Slacktivism?” (2012)Marko M. Skoric states that “young people, who are highly skilled and avid users of the Internet are the likely demographics to fit the slacktivist profile” as they prefer participating in looser and less hierarchical networks (p 80). It may be that young people are not taking the time to think about the value, or lack thereof, of their actions. He goes on to cite a recent study by Vitak et al. (2011) where in a sample of 4,000 undergraduates, “the most common forms of political participation during the 2008 Presidential Elections in the United States were those low in resource intensity, such a watching a debate, whereas political actions that required more commitment, such as volunteering, were less frequent. This suggests that though young people may be participating politically, the degree of the participation may be somewhat low, and with little or no real political impact” (p 80). 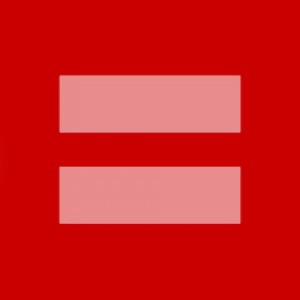 Another example of this “point and click” environment is the red-and-pink equal sign, which was used as a Facebook profile picture by citizens globally, to show support for gay rights. Whilst a show of support is of course always welcomed, for many people this was the extent of it. In an article for Vice Magazine, Brian Moylan stated that “this is just another form of passive activism that isn’t advancing the cause. Do you know what would be helpful? Actually picking up a sign, heading down to the Supreme Court, and joining the throngs of protesters” (Moylan, 2013, paragraph 3). In this sense, political activities over the Internet could have detrimental effects on the overall levels of effective and meaningful political engagement for young people, and especially the effectiveness of engagement in achieving stated political goals.